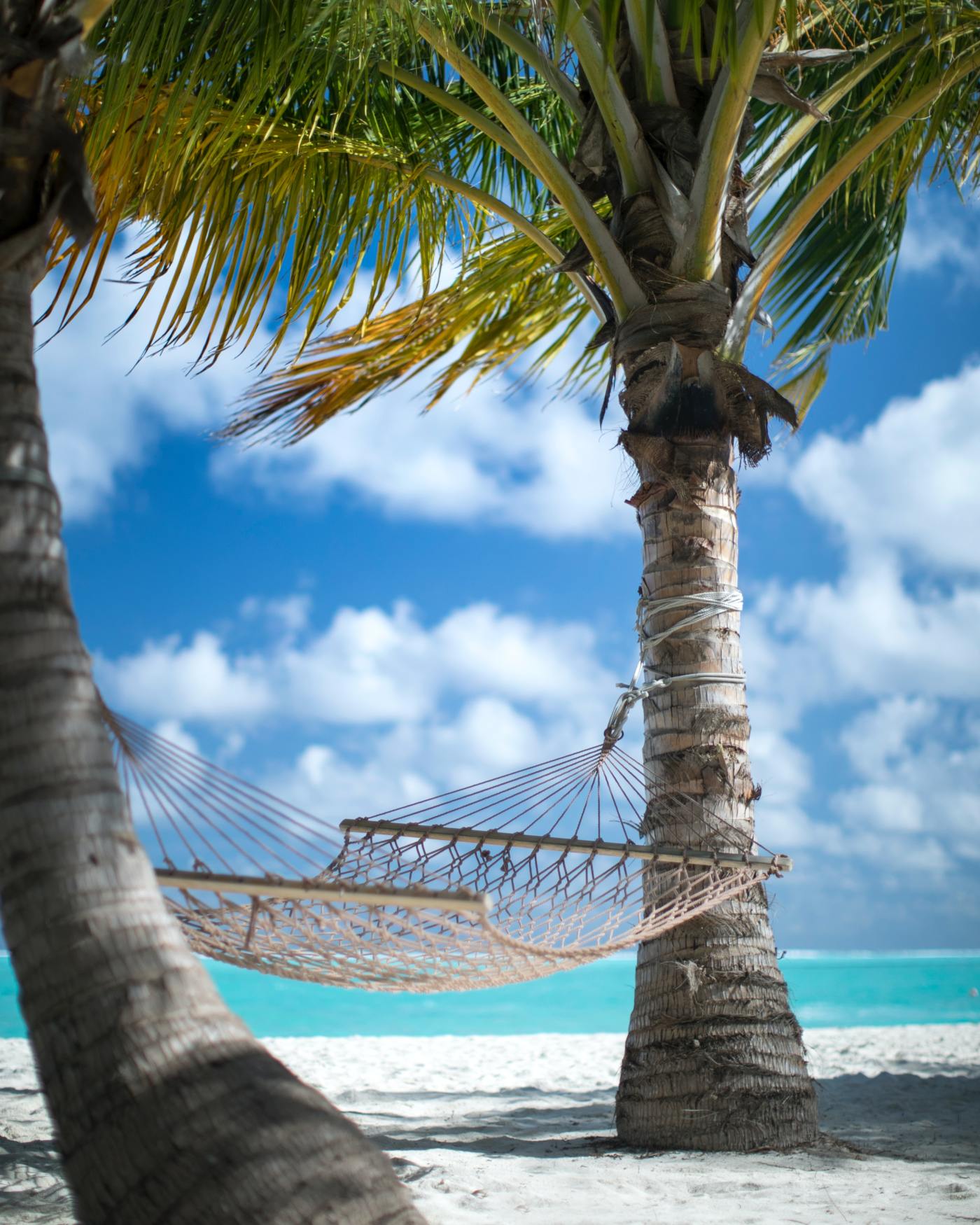 Photo is from Mohamed Ajufaan on Unsplash

Excluding January and December, which are almost always drought months by default, kpop droughts are so hard to get through. Patience doesn’t come easy to everyone and it’s hard to wait for those knockout punch comebacks which are probably in the making right now. I know by next month we’ll have some knockout punches with the returns of Red Velvet, Stray Kids, Somi, Sunmi and TXT! So I can’t wait for that!

Anyways, let’s review some songs that were worth caring about.

For someone who’s produced some of the best songs in the kpop genre (i.e HWAA, Uh-Oh, What’s in your house?, HANN etc.) this was a pretty disappointing debut. I mean it’s pretty alright but I wished that it packed a little more of a punch. I’ll admit it ticks off almost all the marks for the perfect kpop song. It’s catchy and Soyeon’s voice doesn’t sound as nasally as it sometimes does. Now onto the EP, Weather (8.65/10) and is this bad bitch number? (8.4/10) are some of my favorite besides from this EP but I virtually added everything to my playlist because it was pretty solid.

Tear Drop is basically Now or Never‘s younger sibling which makes me love it even more! I feel like the song goes pretty well with its title since the “bwing bwing” synths sound like shiny twinkling icicles or like frozen tear drops. The lead up to the chorus and the post chorus afterwards was pretty satisfactory and there were rarely any low points. The EP was pretty okay. Believer (8.55/10), Fanatic (8.7/10) and Hey Hi Bye (8.8/10) stood out to me the most but every song made it to the playlist.

Song 3: Drink It by THE BOYZ (Comeback)

Yes, I love me a spooky Halloween bop in the middle of the summer! The first verse set up the songs structure really nicely and it’s structure doesn’t feel to empty or repetitive. However the chorus felt like it had too much fizz in it. Like the fizzyness was nice but I could barely “taste” the other parts of the chorus because it was so overwhelming and distracting. That bridge through was really pleasing to my ears and the ending ended on a nice note which distilled my nerves of it ending with an empty EDM chorus.

I saw quite a lot of people on Twitter and YouTube saying how Taeyeon was copying Doja Cat’s Say So with this comeback but I don’t see it all that much. The guitar riffs throughout this song made my heart really happy and the chorus really likes to stick in my brain at the most random times. Like a strawberry milkshake, Weekend is soft, creamy, sweet and has a secret addictive factor to it. The rapping section felt really cute instead of unnecessary which tends to happen in some songs.

Woah what happened here? It sucks that we came all the way from the awesome track Cinema to a low dip of Tesseract. I see what they were going for but it doesn’t resonate or hit for me. That chorus was definitely a turn off and that specific guitar riff and tune felt really reused. Everything else was fine but just felt disappointing. I wish there was something more! Ah CIX why? You were having a pretty good streak until now! Maybe it will grow on me because of how much potential it has but I don’t know.

I’ll respect AleXa’s hussle as she is so charming and charismatic. However this song just fell flat. It feels very onenote and I’m kind of disappointed because it has a lot of potential. Maybe because of that I’ll get used to it. I mean hey it took over 2 years for Red Velvet’s Zimzalabim to eventually grow on me (some songs in the Mixed Bag category sometimes do) so maybe this will too?

No doubt, Twice has one of the most hit or miss Japanese tracks that I’ve ever seen in kpop. Perfect World is almost a certified hit. The MV is ICONIC especially nearing the end, that was spectacular. A Latin inspired breakup song is definitely something new but my reaction was a mix of “meh” and “oh my gosh they SLAYED this”. I have no idea how to feel about this track. I like it but it feels like there is something missing.

I really enjoyed the dark party themes this song emitted. The deep “doom doom” synths really sealed the deal for me. I think this is what Somi’s “What You Waiting For” wanted to be in an alternate universe where it was less edm pop and more r&b. Even though the two are very different from each other I did get a few elements of it from this song for some reason. NAKKA didn’t feel too empty or too overwhelming, and I’m happy that it has just the rights amounts of groove, slinkiness and pazazz.

My favorite vocalist from Wonder Girls is finally back! Summertime is pretty chill and honestly it can be hard to make a song with a slow groove be interesting but HA:TFELT made it work! It thrives through it’s pre-chorus and post chorus but kind of holts at the bridge. I’m just sick of summer songs having useless rap features (*cough cough CHUNGHA’s Play cough cough*) because it’s very hit or miss and a bit of an overused trope. Kim Hyoeun here was just okay. I don’t think he added or took away from the song. He was just there.

Interesting how 2 SM artists release songs with the same name within a few months of each other. The other Rose (by Taeyong of NCT and Seulgi of Red Velvet) was kind of eh but D.O’s Rose was unfortunatley worse. It feels to “Ladida, happy wife happy life” with it’s simplistic guitar strums and minimalist campfire feel to it. I did enjoy D.O’s vocals but couldn’t this Rose come with less bothersome thorns next time?

Song 11: BEcause by Dreamcatcher (Comeback)

It’s nothing as mind blowing as Odd Eye or Scream, but I’ll appreciate it. Sua, Dami and Sihyeon always blow me away with their spectacular vocals, rapping and charm. Also that post-chorus hits just the right spot of going off and not feeling too overwhelming. I got little hints of Fur Elise in the chorus which made my inner piano nerd very happy. I’m still processing their previous EP so the fact that they’ve already released new content is both a nice present but feels a bit much in my opinion. This EP however was pretty nice. I saw everyone raving about Airplane which I was pretty meh about but everything else, especially Whistle (9/10) and Alldaylong (8.8/10), I was really vibing with.

Woah woah woah. I haven’t liked a song this much from them since Gambler but truly since Alligator. Damn I could feel that heavy rapping from Joohoney and I.M in the first chorus through my veins. Just enough oomph with sweet and light voices (especially Minhyuk’s and Hyungwon’s) mixed with deep, sharp and grumbling rapping. Good job Monsta X! I’ll give you 2 thumbs up with a big smile on my face.

This is the younger sister of AOA’s Main Vocalist Yuna and BerryGood’s former Lead Vocalist (who went under the stage name Seoyul) so I’m not surprised that her vocals are on point for someone who just debuted. Also did you know BerryGood disbanded this year back in May? What a shame. Angel and Accio are still great tracks up to this day. The “bwoop bwoop” synth feels pretty low budget and gets annoying after awhile but I’ll give Orgel the benefit of the doubt since this was produced from a small company. It doesn’t have much punch or fizz but I’ll appreciate it for what it is. The piano (I wish what tune it was in and even though I am a bit of a piano nerd I have no idea what tune it’s in lol) and her sugary voice mixed with the dark atmosphere of the song make for a decent track that I won’t mind revisiting again.

7 thoughts on “July: The Snoozefest of the Year + Patience is a Virtue”